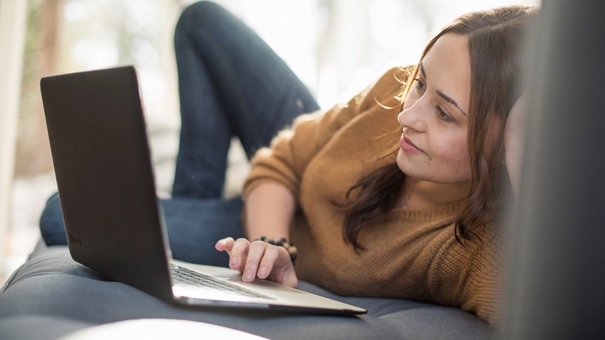 Millennials, the generation broadly defined as born between 1981 and 1997, seem to view cheating as more problematic and less desirable than the previous generation. According to a recent study, a fifth of people over 55 (Baby Boomers) reported having sex outside of marriage. Just 14% of those under 55 reported cheating on their spouse or partner.

Members of Generation X, defined as those born between 1964 and 1981, were only slightly more inclined to cheat than millennials. 17% reported this inclination.

In addition, the study found that just 12% aged 37 and below reported having cheated.

What are the Reasons?

We might be tempted to say millennials are just more faithful by nature, but that wouldn’t be accurate. People are people, and human nature is human nature, no matter the age. What we can say for sure is that millennials are not as adventurous as boomers sexually. They average eight sexual partners throughout adulthood compared to 11 for boomers.

This is hardly a surprise. The Boomer generation was encouraged to “make love, not war” when they were most active in the 60s and 70s. Swinging had its heyday in these decades. At the same time, millennials remember Bill Clinton being dragged over getting oral sex outside of marriage.

In addition, older people had to go to a bar to hook up. Today, we’re surrounded by apps like Tinder, making the prospect far easier and less exciting.

Most millennials who are married got married later in life compared to boomers. This generation sees marriage as a choice and not an obligation. A study by Pew Research Center on millennials in adulthood showed almost 50% of boomers were married at an age when just over a quarter of millennials were.

Being a bit older and more mature might help millennials make better marriage-related choices and choices about whether their partner is the right person for them.

Millennials who don’t want to commit stay single. There is no stigma attached to being single anymore. This was not the case for previous generations. Very few people were able to get away with being single, even men.

Al Pacino, who’s in his 80s, never married. This fact was discussed incessantly and followed him like a nagging ghost throughout his career. There is also no stigma attached to cohabitation without marriage now.

Social Networks as a Factor

There are also factors like social media and the time at which they are becoming part of people’s lives. Most millennials grew up with them. Meanwhile, most boomers became familiar with them later in life. Social networks may have made them curious about options outside of marriage. People aged 55 and more suddenly saw their social circles widen, catching up with people they hadn’t seen in two decades or more. From the safe place in front of their computers, they got the urge to play. It’s understandable, after all – your high school sweetheart might start to look like a good prospect after decades of marriage.

Are Millennials Really as Great as all That?

It is easier to stop yourself from cheating early on in marriage. After decades of it, things might start to seem different. With time, millennials might begin finding it hard to resist this temptation.

How to Refrain From Cheating

Figuring out the reason for the urge is essential if you’re thinking about cheating and getting nervous. Is there something causing tension and stress in the relationship? Is your wife or husband not meeting your sexual or other needs? Has commitment always been an issue?

It’s boredom in most cases. You’ve been together for a while and you’re stuck in a sexual rut, doing the same things over and over. Doing fun new things together can help, like going out on a fancy date, making your spouse a surprise gift, or trying out sex toys together.

If boredom isn’t the reason, keep reading. Here are some measures you can take to resist the urge.

What do you Stand to Gain?

For some people, infidelity is a way to regain control. According to an article with a series of interviews in Bustle, it’s easy to see why cheating is so tempting. When you combine the urge with the control aspect, it does become hard to withstand.

Asking yourself what you stand to gain is one way to resist the urge of this form of illicit behavior. Also, ask yourself what you need that you currently aren’t getting. Perhaps you never asked your spouse for it? That’s a good thing to do before you proceed with looking for someone else to fulfill your needs.

Think About the Consequences

Cheating will also drive you further apart from your partner, making these needs even harder to fulfill on their side. Of course, you also risk them finding out and facing a nasty divorce. There might be issues with the person you’re cheating with. If you don’t intend to separate from your spouse, but they want a serious relationship, it’s a whole new can of worms. Fleeting pleasure really isn’t worth it.

If you’re blinded by desire and potential consequences aren’t getting to you, imagine leaving your spouse right now. Imagine the details and logistics of moving out of the family home. Think about your children if you have them. If the idea of leaving them makes you happy or relieved, plan to end things before cheating.

If it makes you feel bad, then think twice.

Maybe the thought of infidelity is becoming too real. In that case, ask your spouse for space. Establish what makes you feel connected to them; the emotional bond, the physical bond, maybe both.