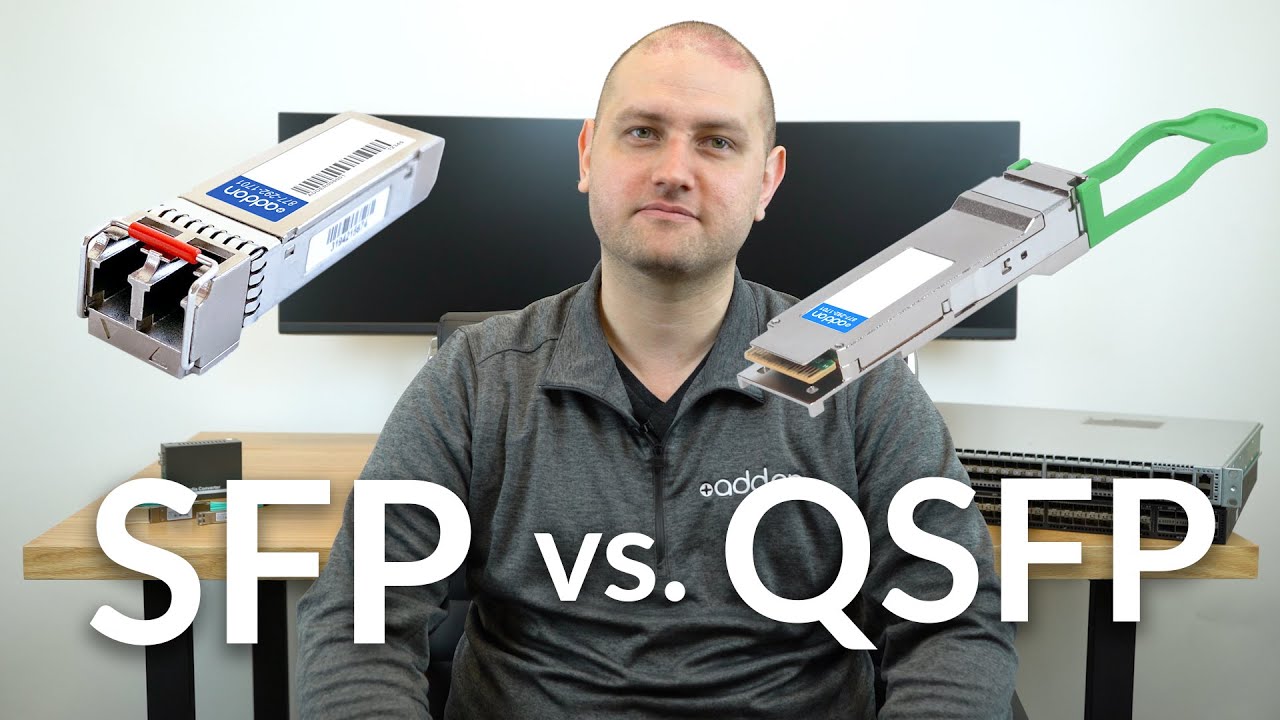 40G QSFP and 100G QSFP28 optics have become mainstream products in the optical communication area today. In today’s blog post, we will take an extensive comparison between two types of transceiver modules that are used in the market: QSFP 40G and QSFP28 100G. While both of those modules are widely used by many networking applications, there are several differences in their specifications that differ them.

A Little Refresher on SFP

Before comparing QSFP+ and QSFP28, let’s briefly remember SFP (small form-factor pluggable). SFP transceivers are compact and hot-pluggable network equipment that is used as interface optical modules between network devices (switches, routers, servers, etc.) and fiber optic cable or copper cable. SFP is also referred to as Mini-GBIC since it has a smaller shape than GBIC (gigabit interface converter) and replaced it in most applications. Thus SFP has the significant advantages of high-density. SFP transceivers have been widely applied in many applications including Gigabit Ethernet, SONET, Fiber Channel, PON, etc.

QSFP+ (four-lane Quad Small Form-factor Pluggable) is the enhanced version of the standard SFP, with the enhanced technology it supports a higher data rate than SFP. QSFP+ is slightly larger than SFP with additional lanes, allowing for speeds 4 times their corresponding SFP. Each lane supports up to 10Gbps data flow, resulting in a total of 40 Gbps. The 4 channels can also be combined into a single 40 Gigabit link.

QSFP-40G-SR4 is recognized as the most widely-used QSFP+ transceiver for short distance transmission, linking distance up to 100m and 150m on OM3 and OM4 multimode fibers. QSFP 40G SR4 is a parallel optical transceiver module, enabling 40G high-bandwidth over 12-fiber parallel fiber. The distinctive application of QSFP 40G SR4 is it enables breakout connectivity with interoperating with four 10GBASE-SR transceivers.

The specification of more types of QSFP is shown in the below chart.

Now let’s talk about our second competitor QSFP28. Similar to the relationship of QSFP+ and SFP, QSFP28 is also an upgraded version of QSFP+. The most significant differences between QSFP+ and QSFP28 is the former is used in 40 Gigabit applications while the latter is used in 100 Gigabit applications. QSFP28 supports 4 channels, unlike QSFP+, it can transmit 25G per channel to get a combined 100G of throughput. The higher data rates allow QSFP28 to be used for applications with greater network needs. So, looking at the data rates, we can say QSFP28 is the definite winner in this specification.

The comparison between QSFP+ and QSFP28 is shared below.

There are also many different types of QSFP28 transceivers, such as QSFP28 100G SR4, LR4, PSM4, CWDM4, ER4, etc. Their specifications are concluded as below.

And The Winner Is…

As we studied the modules it could be deduced that the main difference between the two transceiver modules is the supported data flow, the QSFP+ transceiver supports a total of 40Gbps flow, while QSFP28 can go up to a 100Gbps rate. If we solely look at this parameter, we could say that QSFP28 is the winner. Nevertheless, we cannot overlook the fact that generally, QSFP28 transceivers are more expensive than the same level QSFP+ transceivers. The most important aspect to take into account when purchasing any optical transceiver module is to analyze the network’s needs. In our comparison, if the network uses 40Gbps data flow or less, it would be more expensive to use QSFP28 and it would not make much difference to use it; on the other hand, if the network uses a heavy dataflow, the QSFP+ transceiver module may be inadequate. In our opinion, the winner is whichever one fits the networking needs of the user with the best pricing.

But let’s finish up by saying, whether you choose QSFP+ or QSFP28 transceiver, or any other one of the SFP/QSFP modules, by using the QSFPTEK website, you can look through a great selection of devices from many different manufacturers and find the one that suits you the best.