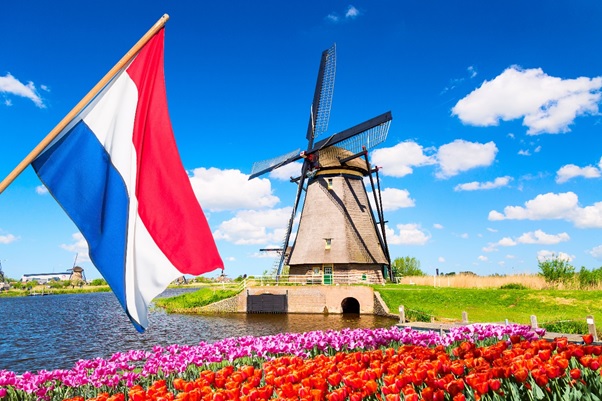 Petra de Ruiter, a senior airline executive, has been chosen the next CEO of Holland Casino, succeeding Erwin van Lambaart. De Ruiter, who is now the Chief Operating Officer (COO) of Transavia, a Dutch low-cost carrier, will succeed van Lambaart on September 1 in a daring career move for the 52-year-old Dutch entrepreneur.

De Ruiter was the Vice President for Cabin Operations, in addition to being the airline’s COO, a role she has held since 2016. She has spent practically her entire career in the aviation industry. De Ruiter has worked with Transavia and its parent business, Air France-KLM, since 1998 in various positions.

Now, De Ruiter is going to hang up her wings and instead apply herself to the casino industry. Even though it may seem risky for someone with no casino industry experience to come in and step into the shoes of CEO, the Chairman of Holland’s Casino Supervisory Board seems to have faith that De Ruiter’s knowledge and experience can be crossed-over into running the casino.

Williem Brocker, the Chairman of the supervisory Board, said that the new CEO’s prior experience and wisdom applies to dealing with guests and ensuring hassle-free operations and is ergo a great application within the casino industry as well. Brocker said that De Ruiter seems to be the perfect choice and is exactly the type of professional they were searching for since the leaving of the former CEO, Erwin van Lambert.

Brocker also added that Holland Casino is now playing in a highly regulated playing field and must manage 14 land-based offices plus their new online presence as well in accordance with evolving regulations and De Ruiter’s record in managing such scenarios and handling various stake holders simultaneously is going to be key to smooth sailing of the casino’s various operations.

De Ruiter herself also made statements abut her new appointment. She seemed to be upbeat about the future and stated that she was looking forward to the upcoming challenges and getting to personally know her subordinates from both the land based and online branches.

De Ruiter also thanked Transavia and said that she was grateful for the opportunities the airline had given her and was also thankful to her former colleagues in the airline industry. De Ruiter’s position is yet to be fully approved. Only time will tell if De Ruiter’s airline experience is actually practical in the complex world of gambling.

Van Lambert resigned in April and is now the General Director for Casinos Austria.

What is Holland Casino?

Holland Casino is a Dutch state-owned company that currently has the legal monopoly on gambling in the Netherlands, with over a dozen land-based casinos dispersed throughout the country. As of October 2021, it started offering online casino games to its existing and new customer base. This was in line with new laws regulating online gambling. Existing operators who were trading without a license have been forced to leave the marked, leaving the door wide open for Holland Casino. The new laws have been hard to comply to with online advertising needing to adjust. Sites like NoDeposit.Guide have had to revamp their Dutch offering to make sure they comply with the possibility of hefty fines for non-compliance.

The State of the Dutch Online Gambling Market in 2022

When the market was regulated, only 10 operators were licensed by the KSA. Apart from Holland Casino, this list included the likes of bet365, Play North Ltd, TOTO online betting, FPO Netherland, Betent, Bingoal, GGPoker.eu and LiveScore.

Even prior to this, online casino enthusiasts based in the Netherlands could indulge in online gambling by signing up with offshore online casinos, even though these casinos were not officially approved by the Dutch government.

Now, in addition to licensed online casinos, the state-owned Dutch casino has its own online gambling website.

When it comes to the marketing of online casino gaming, the regulations in the Netherlands remain highly restrictive. Even though online gambling is now regulated and legal, marketing such websites is a complete no no unless the site is licensed by the KSA. Furthermore, the advertisements cannot be focused on players under the age of 25. Additionally, online casino brands cannot tie up with sports personalities in order to promote their online casino websites.

Even though many were opposed to the legalization of online gambling in the Netherlands, the benefits of legalization are undeniable. It is interesting that internet gambling was not formally regulated until 2021 in a liberal nation like the Netherlands. Although perspectives differ on what this means for Dutch gambling trends, some things are certain.

First and foremost, the Netherlands will forfeit less tax revenue. This was projected to be worth €100 million per year in 2016. Furthermore, legalization may actually be beneficial in stopping gambling addiction in thousands of Dutch players, regulation allows for more effective monitoring of problem gamblers since a Dutch player’s online casino account is linked to the player’s bank account and BSN number.

Read more: Why BlueChip is a casino you can trust