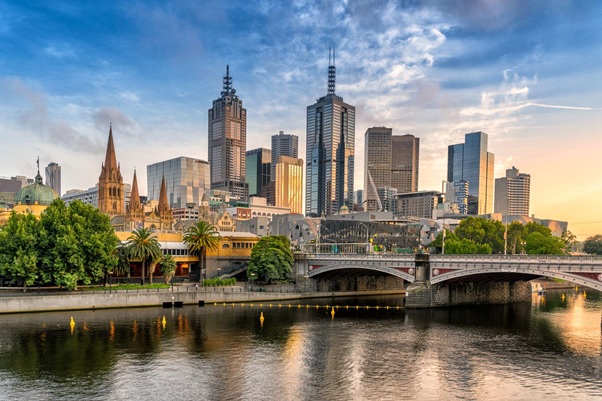 From the moment that Apple launched its first iPhone, Australian developers have been hard at work in the background creating amazing software for mobile devices.

Cut to the present and it’s clear to see that our local app development industry has well and truly blossomed, with amazing apps available for everything from productivity to entertainment. On top of this, a growing number of apps are being created by Aussie developers, both for a local user base as well as for the rest of the world. In fact, Australia is now home to some of the most innovative and successful app developers in the world.

While there are many firms offering app development services, not all of them are created equally. To ensure that you get the best possible service, it is important to do your research and choose a reputable company.

With that in mind, here are three of the best places in Australia to get your app developed.

Melbourne is largely referred to as the go-to destination for app developers in Australia for a number of reasons. First of all, the city is already home to a large number of skilled developers and established development agencies who have the experience and expertise to create high-quality apps. Whether it’s a simple game or a complex business tool, there’s a good chance that there’s a Melbourne-based developer who can bring your app idea to life.

Secondly, the city also has a strong reputation for producing a number of innovative apps, games, and tech giants in a range of different industries, including fintech. As a result, the city of Melbourne has attracted a number of major industry players across the globe, leading a majority of Aussie tech companies to set their HQs up in the heart of the Melbourne CBD.

Melbourne is also home to a number of world-class universities, which provide industry professionals and students alike with the latest tools and technologies. As a result, the city has all the ingredients necessary for app development success.

Melbourne also has a lively startup scene, which means there are plenty of innovative new projects for professionals to jump onto, and plenty of opportunities for developers who are looking to enter the industry on the ground floor. Melbourne’s vibrant startup culture has also produced a number of successful apps, with many more in development. There are a number of accelerators and incubators based in the city, providing support and resources for startups. And with a thriving tech scene, there’s no shortage of talent to help bring your app to life.

Whether you’re looking for an idea for a new business or just want to be inspired by the latest and greatest in app development, Melbourne is undeniably the place to be.

Brisbane is also a city that has quickly been gaining its own reputation as a hub for tech startups and innovative businesses.

As Australia’s third-largest city and with a population of almost 2.5 million people, Brisbane offers a large potential market for mobile apps. The city’s proximity to the Asia-Pacific market also makes it an ideal location for developing mobile apps for businesses that are looking to enter international markets.

Additionally, the cost of living and doing business in Brisbane is relatively low when compared to other major cities in Australia. This makes it an attractive option for startups and small businesses that are looking to keep their overhead costs down. The city’s modest cost of living has also attracted independent developers who are on the lookout for professional development opportunities, either in a physical office space or even remote work opportunities.

The only issue? Brisbane’s talent pool is still currently quite small and in high demand. If you are looking for a fast turnaround and a quality product, this market might not be the best for you. Brisbane is a place where you can take a chance on an up-and-comer, however, and there are plenty of those – but you will be rolling the dice on quality.

If you want the best and you want it right now, Brisbane is going to be a tough market to crack. In those scenarios, larger markets like Sydney and especially Melbourne are likely to be much better options.

Sydney is one of the most populous cities in Australia with a population of over 5 million people. Located on the east coast of the country, it is a major financial and business center.

It is also home to some of the world’s leading technology companies, making it an ideal location for app development. The city also has strong civil infrastructure, with good transport links and reliable internet access.

In a nutshell, Sydney’s thriving tech sector is fairly similar to Melbourne’s with less of a startup scene and more of a big business approach. That being said, the Sydney CBD is fitted with plenty of educational institutions and tech bodies and networks to ensure app developers maintain access to cutting-edge resources and a wealth of talent to collaborate with.

In addition, Sydney’s diverse population means that app developers have the opportunity to serve a truly global market. From start-ups to established enterprises, app developers in Sydney are poised to create the next generation of must-have apps.

Alongside these three titans in the Australian tech market, there are an abundance of international locations that are just as equipped to accommodate both established and budding app developers, including California’s Silicon Valley as well as other forward-thinking and technologically inclined cities like Tokyo in Japan, New Delhi in India, and even Warsaw, the capital of Poland.

For Aussie app developers who are looking to work or study abroad, there truly is no shortage of locations that your career may take you. With all things said and done, however, Australia is already a pretty fantastic place to find yourself as a budding developer or tech entrepreneur.