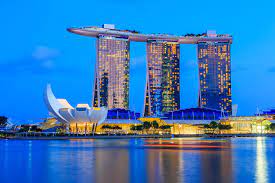 There are enough things to do to keep busy without stepping foot in the casino, but there’s no denying that the casino is the star attraction. Belterra keeps friendly professional staff and comfortable rooms for those looking for either some quiet time or for fast-paced gambling action.

The casino is a two-story stationary riverboat. Both floors have plenty of gaming options, from slots to table games to poker. Like many casinos, Belterra has converted all slot machines to the ticket-out variety, so payouts are by ticket rather than coins or tokens.

A large selection of penny slot machines is on the lower level of the boat. The upper level has a high-rollers area, cafe, non-smoking slot area, and poker room. The casino holds daily poker tournaments.

The rooms also feature comfortable beds, safes, Starbucks coffee, and high-speed internet connections. The television offers movie and game rentals, a child lock, HBO, and in-room check out so you can avoid waiting in line at the front desk.

The spa is open 7 days a week and offers massages, facials, bodywraps, manicures and pedicures. It also features a hair and nail salon. It is best to make an appointment for any treatments before you get to the resort, because during busy times guests may not be able to find an available time. It also has a sauna, steam room, and gym that is free for guests.

The hotel also features an outdoor heated pool, open from May to October. There is also a Tom Fazio designed, par 71 golf course, and several meeting rooms. The CenterStage theater is small, but all seats have a clear view of the stage, even from the sides and the balcony section.

There are seven shops to explore, including Ten, a store where everything is priced at $10. It has a large selection of jewelry, purses, scarves, hats and ties. Another highlight is Blush, a high-end women’s store that has clothing from designers such as Michael Kors and DNKY, and also a small selection of plus-size clothing.

Other stores are the jewelry store Bling, the men’s clothing shop Studs, the lingerie shop B.Loved, the florist Belflora, and the gift shop ETC.

There are three restaurants in the main walkway of the resort: The Ultimate Buffet, the Aquarium Cafe, and Jack Ruby’s Steakhouse. In addition, this walkway has a Starbucks and a Ben and Jerry’s ice cream parlor. There is also a bar in the lobby of the hotel.

There are simultaneously enough things to do and keep busy with family too and for those who would not like to hit a offline casinos or online-casinos.id in the city. Below are some of the best family activities defined:

Families who are road-tripping through Indiana or planning an urban vacation to Indianapolis this summer can expect some top-notch activities and attractions for kids. Here is a peek at just three top spots for family travel in Indiana’s capital:

The Children’s Museum of Indianapolis

Touted as the world’s largest children’s museum, this incredible facility delights children of all ages. Just a few of the popular exhibits include Dinosphere, with a phenomenal collection of real fossils and a hands-on “dinosaur dig”; All Aboard, featuring a 19th-century steam engine; ScienceWorks interactive experiments area; and Star Wars: The Clone Wars for fans of the LucasFilms Animation project.

A very special temporary exhibit opened in June 27, 2009: Tutankhamun: The Golden King and the Great Pharaohs. It presents over 130 treasures from the tomb of King Tut.

This popular zoo, in downtown’s White River State Park, is home to the world’s first completely submerged dolphin-viewing experience; visitors watch dolphins while they are inside a 30-foot-diameter acrylic-domed underwater room. The in-water dolphin program allows visitors to get up close and personal with these interesting creatures (for an additional fee, outside of the zoo admission). Feeling bold? Actually put your hands in the shark touch pool.

Of course, there are many other animals that can be viewed at the Indianapolis Zoo, from bugs to birds, giraffes to elephants, gazelles to zebras. Two orphaned Alaskan bear cubs are the newest addtions. And opening Memorial Day weekend is a temporary exhibit of Komodo Dragons from Southeast Asia.

Technically, the hands-on living history experience Conner Prairie is located in Fishers, Indiana, just six miles north of Indianapolis proper – and well worth a visit. Period actors (aka costumed interpreters) take you back to time in the 1800s as they plow fields, sing songs and play musical instruments. Visitors can see what it was like to work the farm, live in a pioneer town or be a fur trader. Hands-on activities for kids include a pottery station, wagon-making shop, carpentry shop, and crafts and puppet making.

Discovery Station is a permanent indoor exhibit designed for children ages two to eight, where they can play dress up with period costumes. Another highlight is the Follow the North Star program, where families can learn about the Underground Railroad in the 18th century. This summer, for an additional $10, visitors can board a helium-filled balloon for a tethered flight up to 350 feet. The experience marks the 150th anniversary of the launch of the first manned balloon intended for cross-country flight, from Lafayette, Indiana, to New York City. (Unfortunately, pilot John Wise faced strong winds the blew him in the wrong direction, and he didn’t make it out of the state; still, a historic moment.)

Indiana has something for everyone. It serves equally well to casino lovers and family men and women. It is one of the most sought after cities in the US.

Read more: Reasons for which people love gambling a lot